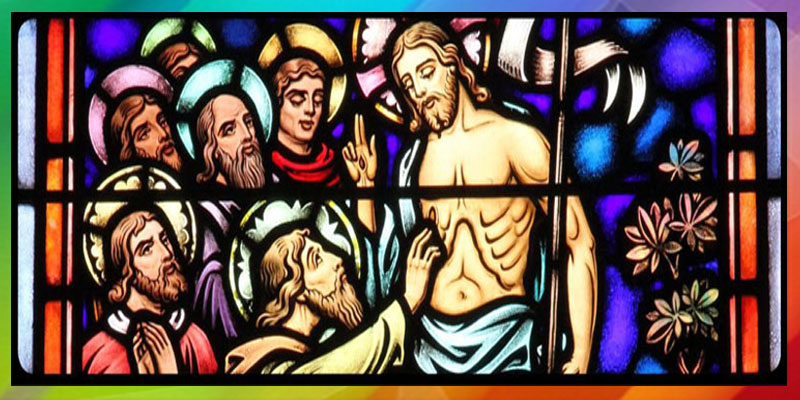 St. Thomas a disciple of Jesus who chooses the biggest area for the evangelization and traditions says that it was the will of Jesus that St. Thomas should work in India. India where Hinduism was the first religion but we cannot ignore that people had the sense of god and they were worshipping their gods and goddess. As Thomas was introduced to this new field of evangelization, he not only preached through words but he gave the life witness, which attracted a quite number of peoples. Christianity in Asia had a very different history from Christianity in Europe. In Europe Christianity found highly cultivated people whose religion had lagged behind their culture. There is an interesting but miraculous account of how St. Thomas happened to undertake the mission to India.After the Ascension of Christ, St Thomas was spending his anxious days in Jerusalem not knowing where and how to begin his mission. One day while he was wandering by the Market Place he happened to meet Abbanes, the trade agent of King Gundaphoros, and fell into conversation with him. Abbanes told the Apostle that he was on the lookout for a good architect to build a palace for Gundaphoros who was interested in foreign styles and was willing to pay handsome remuneration for a really good architect. Well, Thomas was a fisherman and knew little about architecture. But as the two were conversing, Jesus miraculously appeared on the scene dressed as a citizen of the place and joined the conversation. Jesus recommended Thomas to Abbanes as a good architect, and Thomas who recognized the Master took the hint and agreed to accompany Abbanes to India.

The State religion in Pakistan is Islam and Muslims are in majority. the country was come into being on 14th August 1947. The leading leader was Quid-e- Azam Muhammad Ali Jinnah. In the passages of history, it is mentioned that during the election of Indo-Pak was going on and Muslim league needed two votes to win the election to get the freedom and separation from India. The two Christian politicians decided to give their vote to Muslim League so that their will be a new country where justice and freedom will rule. The founder of Pakistan, Mohammed Ali Jinnah, promised equal rights for religious minorities. Yet Christians are among the poorest and most marginalized in Pakistani society. Christianity in Pakistan is not new. The early documents of the Apostles say that this is land blessed with the preaching of St. Thomas the Apostle. Through different means and institution Christians are witnessing that they are followers of Christ. Although it is not easy for all time but Church is marching continuously.

Christianity in Pakistan is as old as in Rome. It has apostolic origins, as tradition has it that St. Thomas the Apostle founded the Church at Taxila in the year 33 AD. The actual work of mission began in the year 1886 when the Belgium Capuchins Friars were appointed by congregation of the Evangelization of People in Punjab. Islam came much later in subcontinent and Muhammad Bin Qasim met Christians in Sindh and Multan. During the reign of Moghuls Emperor many missionaries visited India on the request of emperors. First of all a diocesan priest, Fr. Pereira came from Calcutta to his court in Lahore in 1579. Later Jesuits namely Fr. Francis Rudolph Aquaviva and Fr. Francis Henriquez were invited from Goa in the year 1579 and their mission ended in the year 1582/3. Not only Jesuits but Carmelites and Augustinians also worked in Pakistan and particularly in Sindh. In Punjab Belgium Capuchins played an important role and their special task to work with indigenous people. In the year 1935 Mission was divided from Bombay and became independent Mission of Sindh-Baluchistan and was entrusted to the Dutch Franciscan Friars.

Situation in Pakistan is not too good. Citizens have lost their trust on government and they are protecting themselves by their own means. Poor in the country are becoming poorer and rich are increasing their economic bank statements day by day. But we cannot ignore that majority of Muslims are not giving full rights to Christians and other minorities and it can be seen through various means. Punjab is most populated province and a big number of Christian‘s resident there. Christians are not treated well and they are not given full rights. One of the NGO namely “Muslims for Jesus” on 13 December 2011 states ―most people are in bond to labor on low wages, for example, Pakistan‘s brick kilns, are Christian. Christian women in particular are generally forced to take low-paid work, often in domestic service, and many reportedly suffer physical and sexual abuse from their employers. There have been many reports of Christian women and girls being abducted, forcibly converted to Islam and married to Muslim men against their free will.