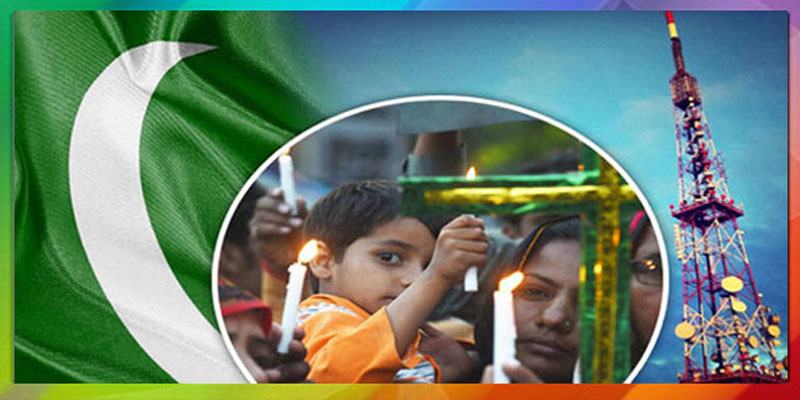 Secondly, Christians living in Pakistan have traditionally been an underprivileged class. The nonexistence of government initiatives to uplift the economic status of Christians presents an extremely grim future. The „quota system‟, implemented in many political and academic institutions, creates reverse discrimination, where members of majority feel discriminated. Thus, instead of creating harmony, it further deteriorates the fluctuating relationship among Christians and the majority. Micro-finance initiatives, technical colleges, business incubators, tech-labs and other forms of support for businesses owned by Christians can substantially improve the living standards of this persecuted community. Business activity is essential for the progress of any community. The delusional grandeur of the success, discipline and immaculate performance of Christian Institutions in Pakistan is long forgotten. Missionary schools, colleges and hospitals have been replaced by efficient and effective schools, colleges and hospitals. Christian Institutions need to revamp and restructure themselves to meet the challenges of the dynamic economic, social and technological conditions.

Thirdly, Christians in Pakistan remain isolated and segregated from local communities. They like to live in their own restricted neighborhoods and they support their own relatives. This has led to a lack of participation of Christians in the social issues of Pakistan. Christian Institutions in Pakistan need to raise their voice on the social challenges which Pakistan is facing and they must present their solutions to the competent authorities in order to positively contribute to the Pakistani society. Recently, there have been some efforts towards integrating with Muslim political leaders and activists by many Christian leaders. Muslim leaders are seen celebrating Christmas and Easter while Christian leaders are seen celebrating Eids. This harmonious activity needs to be translated into social and economic partnerships. Social contributions of Christians must have a proper agenda and must be brought to public knowledge in the right spirit.

Finally, although people of Pakistan face technology challenges, Christians especially have an extremely weak technological know-how. In a small academic survey, Christians living in Pakistan (age 20-30) were asked about 8 technology related skills which are likely to be a major employment requirement in the next ten years (PHP, SQL, JavaScript, Perl, C#, Data analytics, Ruby and app development). None of the participants knew about more than one technology related skill and only 2% knew about one of these skills. This presents the biggest challenge which Christians in Pakistan face, i.e. underdeveloped human resource. The Christian youth is not prepared for the future employment and entrepreneurial challenges. However, this also presents an opportunity for policymakers and strategists to turn their eye to this crucial matter. Christian Institutions, leaders, clergymen, and families must focus on human resource development and thoroughly understand the trajectory and requirements of 21st century careers. To put an end to the growing persecution of Christians in Pakistan, Christian Institutions should make use of the available political, economic, social and technological initiatives. Christian leaders must integrate with the local communities, disseminate information about their social progress and events, and collectively develop protocols for community improvement. Christian Institutions must open themselves for audit and scrutiny. To meet the challenges of lack of intellectually robust leadership in the community, the leaders should develop an intensive succession plan. In short, there are several initiatives that can be taken to improve the conditions of Christians in Pakistan. Most of these initiatives do not cost anything. They simply require will.

The persecution of minorities has accelerated in Pakistan since 2012. Between the years 2012 and 2015, 351 acts of violence were carried out against minorities. According to the report, State of Religious Freedom in Pakistan, published by Jinnah Institute (2015): “Pakistani Christians faced intense and persistent threats, harassment and acts of violence during the reporting period from January 2012 to June 2015. Over 40 attacks of varying intensity targeted the Christian community, seven churches were damaged and 14 Christians were charged with blasphemy. Sexual assault cases; forced conversions and kidnapping were common and often went unchecked by the state. In 2013, an arson attack on a working class Christian settlement of Joseph Colony, and a suicide attack on the All Saints Church in Peshawar resulted in a heightened sense of insecurity among members of the Christian community, leading to an increase in the number of Christian citizens seeking asylum abroad. 2014 ended on a tragic note when a poor Christian couple, working in a brick-kiln, was burnt alive by a frenzied Muslim mob due to allegations of blasphemy in Punjab province. This pattern of persecution and violence continued in 2015 as two churches were bombed in Lahore's Christian neighborhood of Youhanabad. The situation led to communal rioting when a Christian mob allegedly lynched two Muslim men in the aftermath of the church attacks. In contrast to responses to attacks by Muslim extremist groups targeting religious minorities, the Punjab police displayed a noticeably higher level of commitment in investigating alleged acts of aggression by members of minority groups. Protection of minority groups remained a low priority”.