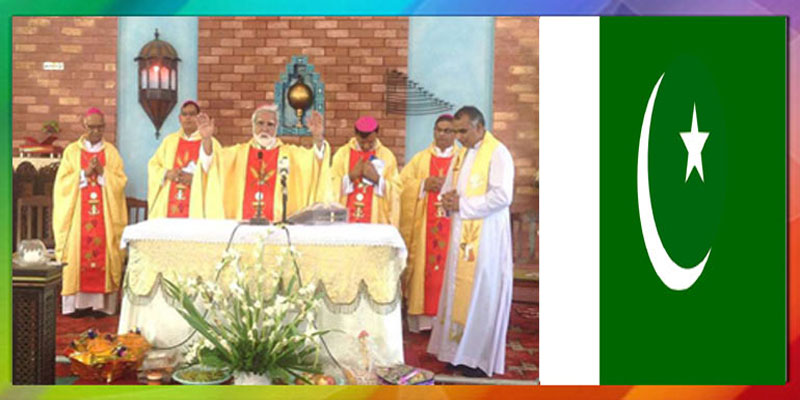 Catholicity or Catholicism (from Greek καθολικισμός, katholikismos, "universal doctrine") is a concept that encompasses the beliefs and practices of numerous Christian denominations, most notably those that describe themselves as Catholic in accordance with the Four Marks of the Church, as expressed in the Nicene Creed of the First Council of Constantinople in 381: "[I believe] in one, holy, catholic, and apostolic Church. While catholicism is most commonly associated with the faith and practices of the Catholic Church led by the Pope in Rome,[1] the traits of catholicity, and thus the term catholic, are also claimed and possessed by other denominations such as the Eastern Orthodox Church, the Oriental Orthodox Church, the Assyrian Church of the East. It also occurs in Anglicanism and some Protestant denominations, as well as Independent Catholicism. While traits used to define catholicity, as well as recognition of these traits in other denominations, vary among these groups, such attributes include formal sacraments, an episcopal polity, apostolic succession, highly structured liturgical worship, and other shared Ecclesiology. The Catholic Church is also known as the Roman Catholic Church; the term Roman Catholic is used especially in ecumenical contexts and in countries where other churches use the term Catholic, to distinguish it from broader meanings of the term.Among Protestant and related traditions, catholic is used in the sense of indicating a self-understanding of continuity of continuity of faith and practice from Early Christianity as delineated in the Nicene Creed. Among Methodist, Lutheran, Moravian, and Reformed denominations the term "catholic" is used in the in claiming to be "heirs of the apostolic faith" These denominations consider themselves to be catholic, teaching that the term "designates the historic, orthodox mainstream of Christianity whose doctrine was defined by the ecumenical councils and creeds" and as such, most Reformers "appealed to this catholic tradition and believed they were in continuity with it.

The Catholic Church in Pakistan is part of the worldwide Catholic Church, under the spiritual leadership of the pope in Rome. Pope John Paul II visited Pakistan on 16 February 1981. There are over one million Catholics in Pakistan, which represents less than 1% of the total population. There are 7 ecclesiastical units in Pakistan comprising 2 archdioceses, 4 dioceses, and one Apostolic Vicariate, all Latin Rite. The Catholic Church in Pakistan is also active in education managing leading schools like Saint Patrick's High School, Karachi, health and other social aspects of daily life in addition to its spiritual work. The Catholic Church runs 534 schools, 53 hostels, 8 colleges, 7 technical institutes and 8 catechetical centers, according to 2008 statistics.Joseph Cordeiro, Archbishop of Karachi, became the first (and thus far only) Pakistani Cardinal elevated to the position by Pope Paul VI on 5 March 1973.Pope John Paul II received the President of Pakistan Pervez Musharraf in a private audience in the Vatican on 30 September 2004. In 2004 President Pervez Musharraf began hosting an annual Christmas dinner as an expression of seasonal goodwill.